Natalie Smallish has a pretty impressive resume. The store manager of Radio-Active Records is also the owner and co-founder of Wax Romantix Records, and bass player of the local alternative, indie rock, and blues band, The Haunt.

Fresh off a European tour with her band, Natalie is conquering international crowds, and elevating music culture here in Fort Lauderdale. No stranger to the South Florida music scene, Smallish consistently inspires others to boldly act when it comes to fearlessly follow your passions. And I’ll tell you what — she is not slowing down.

The moment she realized she wanted a career in the music industry, was “the moment I was self-aware enough and got right over the hurdle of the awkward teenager [stage]. I realized I lived a secluded couple years of middle school life impersonating Gwen Stefani and Kurt Cobain in the mirror with an unplugged guitar before I even knew how to play. That’s why my rhythm strumming is so on point. [Haha] The business end of music, I realized in college when I didn’t want permission from a label to tell me I was good to make an album or tour,” Natalie says.

With a new weekly vinyl night at local taproom Growlers and Howlers, Smallish is dedicated to the pursuit of more music in the city. “The moment I randomly walked into Growlers & Howlers I knew I wanted a special vinyl night there. It was the perfect vibe. So, I made friends with Manny, the bartender, and he put me in touch with Memphis [Garrett]. It was smooth sailing from there. Memphis is extremely community oriented and only wants to explore opportunities and help better our arts and music culture.”

It doesn’t stop there when it comes to community involvement for Natalie and the crew at Radio-Active. “We just started participating in Art Walk alongside Shangri-La Collective which is every last Saturday of each month. I’m always interested in outsourcing, and I’ve had a ton of people approach me at DIG about collaborations,” she says.

Smallish has an intuitive mentality and gutsy charm that’s helped her get to where she is today. I have had the incredible fortune of getting to know Natalie, and she’s agreed to do a Q + A on everything from what was the very first album she bought to her hopes for the future of music in our beachside metropolis.

So speaking of your first album, what was it?!
Smallish: Nirvana from the Muddy Banks of the Wishkah on tape! Vinyl, was actually a really rare The Turtles 10” on limited red featuring “Happy Together.”

When did you come on board Radio-Active Records?
Smallish: Jan 2010. I was also working at the box office at Revolution Live and booking shows for a local club in the area. I eventually spread myself too thin and ended up choosing Radio-Active full time.

What’s one of the best things about working in a record store?
Smallish: Well, I can go down a list of best things, or I can go down a list of working at Radio-Active. Obviously, I’m biased but I feel RA isn’t just a regular record store and I think most loyal customers would agree. Where do I start? I’ll be predictable for the first one; Being around music 24/7, physical media, making connections — but honestly, the best part is the experience and knowledge I’ve gained from my position.

What has been one of your favorite moments at Radio-Active?
Smallish: I’ll have to say all the in stores, meet & greets along with all the community-based shows and charity organizations we have worked with to make a difference.

What’s your favorite concert venue in Fort Lauderdale, and why?
Smallish: Well, we don’t really have a whole ton to choose from, and I am so excited about all the bars and pop-ups that have been open in the last year or two, but I’m gonna have to say Revolution Live is the one venue that has always worked with us without question. Everyone there is beyond committed, friendly, knowledgeable, and only want to help for the sake of helping. That is rare and goes a long way.

When and why did you launch your record label, Wax Romantix? How has the journey been thus far?
Smallish: I launched WaxRo around May of 2017. I was then full time managing Deaf Poets, and we had their album Lost In Magic City recorded and I took on the challenge and turned it into an opportunity to explore a new business venture. It’s been amazing and challenging; I’ve learned a lot about myself as a business person, and I’ve learned how to make significant sacrifices.

What’s something about being the owner of a record label that not everyone knows?
Smallish: I guess all of the intricacies. I’m lucky to have my label partner in New York, Stephanie Lima. There are so many nuts and bolts to deal with within a release and having someone extremely business minded has taught me a lot coming from a strict musical upbringing.

Artists on Wax Romantix includes Deaf Poets and The Haunt, formerly AnastasiaMax. How did you discover them and what’re the future plans?
Smallish: We also have Jennie Vees solo EP under our belts! She plays bass for Eagles Of Death Metal. All bands on the label are personal friends, which comes with ups and downs. Mainly all positive and I’m so glad we have been able to release what we have released for our friends that have so much musical talent that just ridiculously gets lost in the shuffle of what is the world of the music industry.

Upcoming shows?
Smallish: Yes, The Haunt is currently on UK, US & Canada tour through December with a band called Palaye Royale. Extremely stoked for that. And Deaf Poets are in New York staying busy, they’re pretty much always on the road. They’re road warriors! And Jennie Vee is out there somewhere still on tour as well.

What are your thoughts on the current state of the live music scene in Fort Lauderdale?
Smallish: It’s definitely come up in the past couple of months. I’m proud to be a part of Broward. It’s in a state of quality over quantity right now, and I feel that’s a good thing.

Nat’s thoughts and hopes for the future of the Fort Lauderdale music scene? Smallish says, “I hope everyone keeps at doing their thing. Broward is so special, and we have such hidden gems here. We aren’t Miami and we aren’t West Palm. We have such a different way of integrating artists and musicians, and I feel it’s only going to get better. 100% there’s nowhere else I’d rather be.”

Catch Natalie at Radio-Active Records, Tuesdays at DIG, and on her US tour with The Haunt! 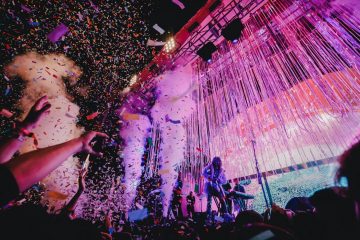 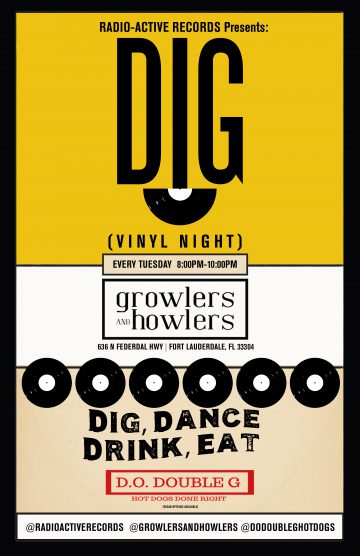 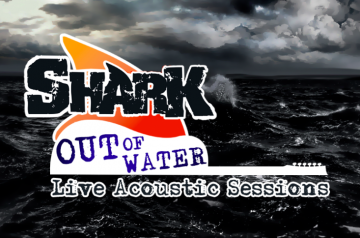